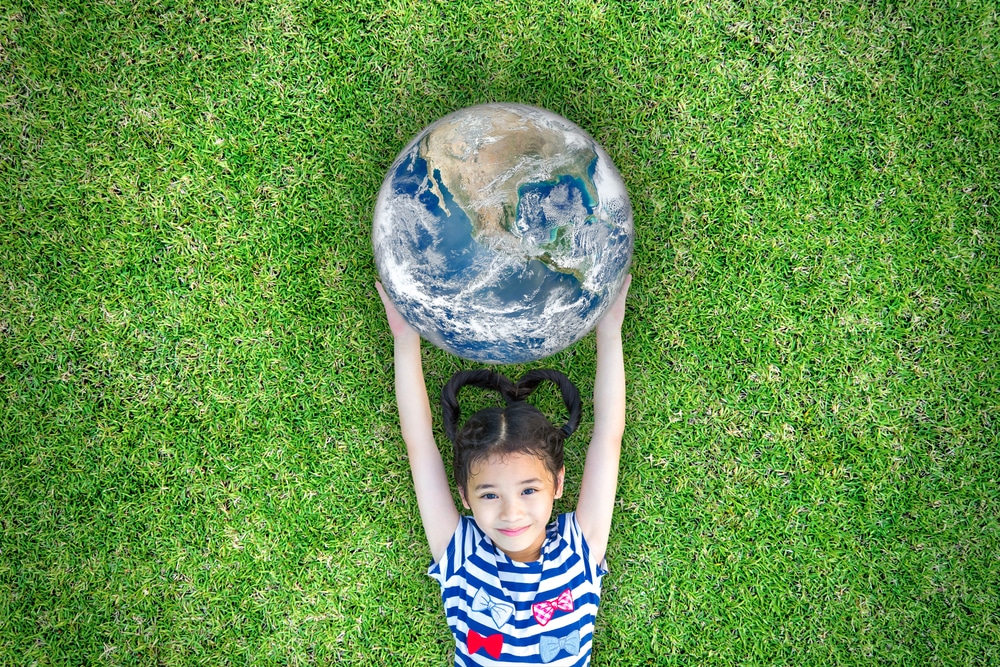 The rulers were Northern (that is, European) countries that asserted their will on the people of the Global South. The people in the Global South, therefore, were not living under democratic rule.

The concept of human rights, however, with its belief that people should have a say in how they are ruled and what kind of world they live in, also known as “self-determination,” led to the formal decolonization of the Global South after World War II.

A Human-Rights Approach to Future Generations

Having Kids believes that we should take this same human rights-based approach the U.N. took when decolonizing the Global South and apply it to future generations: Let’s decolonize our future.

Decolonizing the future would mean taking a child-focused approach to family planning and population generation, rather than the current parent-first approach.

First, let’s look at the U.N.’s efforts to decolonize the Global South.

When the United Nations was founded in 1945, some 750 million people, nearly one-third of the world’s population, lived in territories that were dependent on colonial powers. At the end of the war, Global South colonized territories had been formally administered under mandates from the League of Nations, separated from countries defeated in the war, or voluntarily placed under the system by their administering power. Eleven territories were placed under this system.

After the war, the U.N. Charter created the Trusteeship Council as the main organ of the U.N. that was to monitor the decolonization situation in 11 specific “Trust Territories,” which were subject to separate agreements with administering states.

As the process of decolonization continued to advance, the General Assembly in 1960 adopted its landmark Declaration on the Granting of Independence to Colonial Countries and Peoples. The declaration affirmed the right of all people to self-determination and proclaimed that colonialism should be brought to a speedy and unconditional end.

The ideas behind “constituting,” that is, choosing in the present how we want our democracies to be shaped and deciding who should be part of our democracies, is essentially the same human-rights-based approach behind Declaration on the Granting of Independence to Colonial Countries and Peoples. With the declaration, the U.N. sought to “promote social progress and better standards of life in larger freedom”; was “conscious of the need for the creation of conditions of stability and well-being and peaceful and friendly relations based on respect for the principles of equal rights and self-determination of all peoples”; was “convinced that all peoples have an inalienable right to complete freedom, the exercise of their sovereignty and the integrity of their national territory”; and that “all peoples have the right to self-determination; by virtue of that right they freely determine their political status and freely pursue their economic, social and cultural development.” The declaration asserted “respect for the sovereign rights of all peoples.”

To achieve the goals of the declaration, in its U.N. Charter, Chapter XI, Article 73, the United Nations mandated that member states, with regard to areas where people have not yet attained a full measure of self-government, must acknowledge “the well-being of the inhabitants of these territories.”

The members of the U.N. assume responsibility to (a) ensure [peoples’] political, economic, social, and educational advancement, their just treatment, and their protection against abuses and (b) to develop self-government, to take due account of the political aspirations of the peoples, and to assist them in the progressive development of their free political institutions, according to the particular circumstances of each territory and its peoples.” Sounds like “constituting.”

How to Enact Our Right to Self-Determination

Like the founding of the United States, decolonization, came from a recognition of people’s right to rule themselves, to self-determination. After 1,000 years of colonization, human rights was born. Today, fewer than 2 million people live under colonial rule in the 17 remaining non-self-governing territories. The wave of decolonization, which changed the face of the planet, represents the U.N.’s first great success.

Let’s take the lessons of the U.N.’s decolonization efforts and use the Fair Start model as a way to create equality and further other human rights. We can decolonize future generations so that they are not born into a world where they are powerless and ruled by past outsiders.

← Connect the Dots Colorado workshop: The Most Effective Way to Help People, Animals, and the Environment Michael Moore and the Return of the Population Question →