The Real Issue Behind D.C. Statehood: Constituting Ourselves as Free People 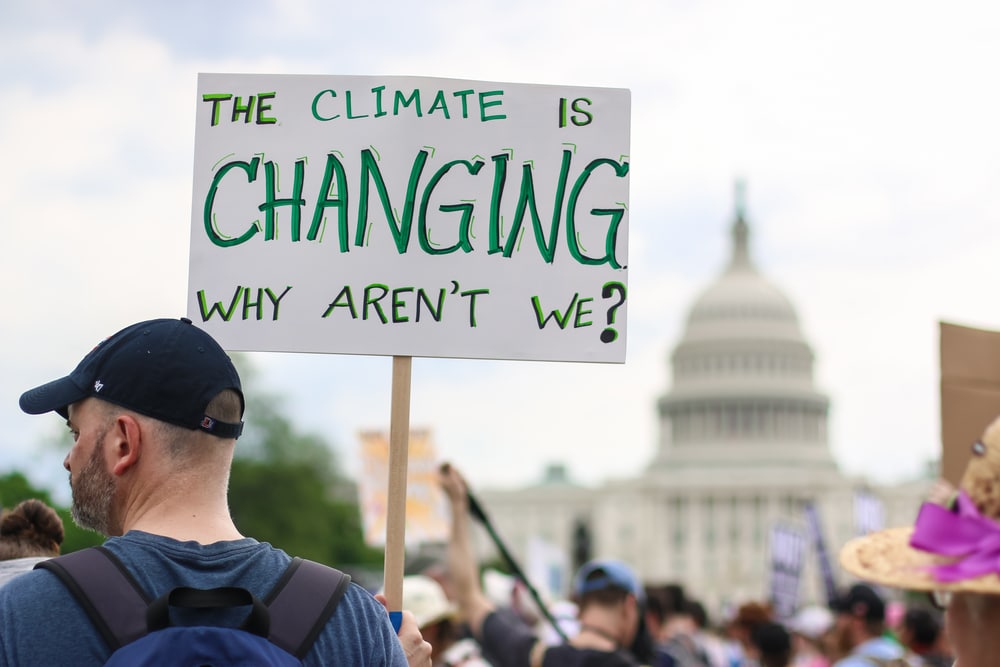 This June, the House of Representatives voted in favor of granting statehood to Washington D.C. “The Washington, D.C. Admission Act” (H.R. 51) would admit most of the current district as the 51st state. For the first time, the District’s 702,455 residents would be represented in Congress.

Republicans, however, have been quick to paint the individuals who live in the District as unworthy of representation. Senator Tom Cotton stated, “Wyoming is smaller than Washington by population, but it has three times as many workers in mining, logging, and construction, and ten times as many workers in manufacturing…Wyoming is a well-rounded working-class state. A new state of Washington would not be.” To make matters worse, Senator Steve Dane’s of Montana implied that D.C.’s residents were not “real people” like those found outside of the beltway.

Such remarks stand in sharp contrast to the idea that every person – regardless of their career opportunities or zip code – deserves the opportunity to meaningfully participate in democracy. In fact, these comments show a disrespect for basic human rights. The United Nations recognizes that each person is born free and equal and the right to take part in government and public affairs. Yet Senators Cotton and Dane remain steadfast in their views that the District’s population should not enjoy this right.

While granting D.C. statehood is certainly an important step toward bridging the gap between rights and reality, it is not a sufficient one. A driving cause of this schism remains largely overlooked: our current family planning paradigm prevents us from constituting our societies in a way that allows us to fulfill the rights that we already recognize. By exclusively focusing on the rights and obligations of the human beings that exist today, we miss a critical preceding step: that we constitute ourselves in a way that allows all future human beings to meaningfully participate in making the laws that govern them.

The U.S. House of Representatives has one voting member for just about every 747,000 Americans. This “representation ratio” is the highest it has ever been in our nation’s history and is significantly higher than in other industrialized countries. Research suggests that as the representation ratio climbs, our democracy becomes less effective. With fewer representatives per capita, individual citizens have to fight harder to be heard by their elected officials. Additionally, the makeup of the legislature is less likely to reflect the demographics of the people they represent – both in terms of race and income level. When faced with representatives who are largely unrepresentative, many communities feel shut out of the policy making process and avoid engaging entirely.

Despite these problems, our number of representatives has remained the same since the 1930s, even though the U.S. population has tripled since that time. While the D.C. statehood bill may grant much needed representation for residents of one city, it does not address the fact that almost all Americans are already severely underrepresented and will have painfully little say in shaping the laws that govern their lives for the foreseeable future.

Adding more representatives to the House may seem like the obvious solution. This strategy, however, is likely to be ineffective in the long term. According to Drew DeSilver, a Senior Writer and the Pew Research Center, we would already need to add nearly 700 members to our current 435 member House in order to achieve the representation ratio we had in the 1930s. This number will only grow as we add a projected 79 million individuals by 2060. As the number of representatives rise, the House runs the risk of becoming unsustainable and unmanageable, mimicking China’s National People’s Congress, which at 2,980 members, is harshly criticized for its inefficiency and largely symbolic existence.

Today’s policymakers can help solve this problem by considering the needs of all future children when planning their own families. By giving families access to the resources needed to plan for smaller, more sustainable families, policymakers can help parents across the country slow the rate of population growth. This would afford future generations the time and space to organize themselves in ways that are truly democratic, giving each person more time at the podium during townhalls and allowing representatives to truly represent their communities.

The District’s residents undoubtedly deserve representation. And so do all future children. We should all use this unique moment in history to ensure that our children’s right to participate in democracy becomes their reality.

← How to Give All Children in Washington, D.C. a Fair and Equal Start Subsidizing Delayed, and More Equitable, Parenthood: A Policy That Works →