n Television Shows Are Pushing Women to Have More Kids. Why, and Can You Help Stop It? | Fair Start Movement

Television Shows Are Pushing Women to Have More Kids. Why, and Can You Help Stop It? We all know that celebrities influence our purchasing habits, but as role models they also influence other choices, like how we plan our families. They help create culture – the images in our heads about what a family should look like, and how many children ideal families have. Celebrities have the potential to not just sell products, but push women to create more consumers and demand for those products – and businesses know this. That has massive consequences for society and our environment, with small changes in average family size today causing enormous differences in total world population in the future.

And that’s why the controversy and backlash surrounding reality television stars Chip and Joanna Gaines decision to have a fifth child matters. The decision they are modeling will help determine what our future holds, and the science is crystal clear: Family planning has the greatest long–term impact on climate change, economic inequality, and other things that define the quality of our and children’s lives. Some groups are promoting the Gaines family as effective role models for accelerating population growth, and urging other women to follow their lead. Conservative media sources are publishing fake news claiming the U.S. population is falling, when in fact it will grow by almost 100 million in the next 50 or so years.

The timing of the Gaines announcement, as well as the advertising of other shows promoting giant families like the notorious Radford family in Britain, comes after Trump and his supporters pushed through tax incentives expressly designed to promote larger families, with Paul Ryan specifically urging women to have more kids. The push for more kids comes while Congress is refusing to fund children’s health insurance, and after recent studies show infants in the U.S. are dying at an alarming rate from lack of care. More kids, less care?

Religious, racial, and other motivations aside, the mainstream reason for today’s push for larger families is economic. Despite a world population headed for almost 10 billion people by 2050, many economists are pushing to accelerate that growth as a way to fuel economic growth, higher gross domestic product, greater returns on investments, etc., and evade specific demographic impacts like an older populace reliant on fewer younger workers to support them. The economic impacts of reduced fertility are highly controversial – with lots of debate between economists about what smaller families will actually do to economies, and what economic growth that actually benefits the average person would look like and take to create.

But even assuming smaller families reduce economic growth, are we really willing to exacerbate climate change, accelerate the extinction of other species, and further destroy our degraded environment just to make more money? An entire population of sea turtles is being now being turned female because of the climate change that human population is driving. Do we really want to worsen the environment children will inherit? If we care about nature, should we be pushing back against those promoting larger families? If we think about our daily lives, the overcrowded cities, endless traffic, stories of environmental collapse, and growing social divides, does it make any sense to say we just aren’t adding people quickly enough?

A recent survey by Fair Start Movement suggests that people are ready, and it might be time, to push back against celebrities modeling poor family planning. 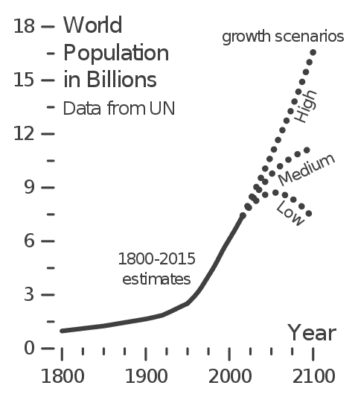 The push for larger families, from taxes to celebrities, relies on an underlying and outdated family planning model, developed decades ago, that is all about what parents want. Under that model, parents should decide to have kids based on whatever makes the parents happy in the short-term, rather than planning their families around what kids need in the long-term. And as such, parents are left easy targets for politicians and businesses that profit from urging them to have more kids. The parent-first model does more than just destroy our and our kids’ environment – it is widening the gap between rich and poor, degrading our democracies, and bringing kids into abusive and neglectful homes.

Fair Start Movement instead promotes a child-first Fair Start family planning model is that designed around what all kids need in the long-term. The model urges parents to wait to have their first child, urges them to work with the community to get the resources they and their child need for a fair start in life, and promotes smaller and more equitable families.

Parents are beginning to adopt the Fair Start model, and pushing back against the trend of celebrities modeling larger families. You can too, and speak out for a better future for all.

Learn more at HavingKids.org. Your future depends on better family planning for all. Protect yourself and the ones you love.