Insist That Public Policy Respects the Rights of Children and Women 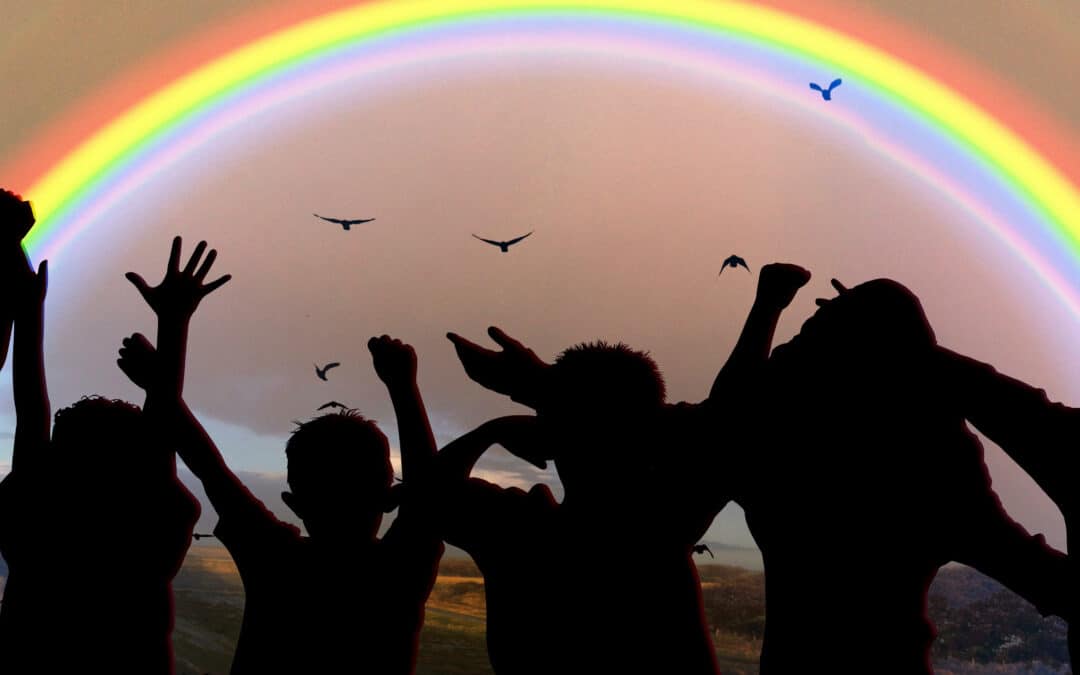 By Dave Gardner, co-host of the GrowthBusters podcast, and director of the film, GrowthBusters: Hooked on Growth

Let’s find a way to reduce child poverty without signaling that society needs to exploit more babies to grow economies. There was a time when a case could be made that bringing more children into the world was a benefit to society. Today, with the overwhelming demands of nearly 8 billion people inflicting serious damage on the planet’s life-supporting ecosystems, there is no case for encouraging births, especially when it will harm the very children we have. More births portend a bleak future for today’s and future children – whom we should be protecting, not exploiting. Public policy needs to catch up with this harsh reality.

For too long, the decision to bring a child into this world has been all about the “rights” and desires of the prospective parent, with little regard for the rights of children. The rights of children should be paramount, eclipsing other rights and agendas. Nothing could be more important. That’s one reason I admire and support the work of the Fair Start Movement.

On a full planet, it’s time we put an end to pro-natal agendas and rhetoric that pressure, incentivize or otherwise encourage prospective parents to add to our numbers. Let’s consider pro-natal public policies because they are surging today.

Bear with me while I set the stage:

Birth rates have been dropping around the world for 60 years, and that drop may be accelerating today – for many reasons. There is some lag, but after birth rates drop below replacement rate, a population eventually begins to contract. While that’s not happening yet to our global numbers, many countries have begun to experience this contraction. And there are more to come. Sadly, this is getting negative attention.

But it’s actually really good news. It’s an indication that we’re collectively planning for and investing more in each child, which naturally brings down family size. It also means more female autonomy, improved access to education and employment opportunities for women, better access to contraception and other family planning services, and a reduction in teen pregnancies.

Another contributing factor is it’s become SO apparent that we’re doing serious damage to our home planet. Our climate, biodiversity, soil, and water are all degrading before our eyes. Young adults today are reluctant to bring a child into such an uncertain world, and many do not want to contribute to this destruction by adding more people.

On an overpopulated planet, we ought to celebrate declining birth rates. It’s exactly what is needed so we can ease our pressure on ecosystems, allowing them to return to health and meet our needs, the needs of other species, and especially the needs of the world’s children. Unfortunately, I’m observing the exact opposite. There’s an unexamined assumption that, “of course we must replenish ourselves” (replenishing is something we should do when we’re at a sustainable population).

Growth-addicted policymakers in numerous nations have been panicking about what’s being termed a “baby bust.” These fears over a shrinking population are so common, they’ve earned the labels, “depopulation panic” and “baby-bust alarmism.” Some of this panic stems from the fact that governments have been engaged in a population Ponzi scheme, relying on tax revenue from an ever-growing pool of citizens to fund services for those born decades earlier. Plus, a growing population means more workers and more consumers year after year, an easy recipe for GDP growth. New York Times columnist Ross Douthat wrote, “Today’s babies are tomorrow’s taxpayers and workers….”

Of course, a high rate of GDP growth is the Holy Grail. Economic growth is the most universal public policy goal on the planet. AEI’s Stone, who is also a research fellow at the conservative think tank, Institute for Family Studies, laments, “There is no economy that has managed to knock out gangbuster growth with a declining population.”

If you’re addicted to growth and running a Ponzi scheme, it can be very alarming to see it begin to unravel. And if you’re running for reelection and you can’t brag about economic growth during your administration, you’re pretty much done.

So, officials in numerous countries are instituting policies designed to boost the birth rate. According to the U.N., 10% of the world’s nations had explicitly pro-natal policies in 1976, but that number began to rise sharply at the turn of this century, and has almost tripled (28% in 2015, the most recent data). Hungary, Poland, Greece, Japan, and Korea are just a few of the nations very actively attempting to reverse population contraction.

It’s too seldom discussed, but pressuring women to birth more taxpayers, workers or consumers is an abhorrent violation of their human rights. It commodifies children and dehumanizes women, reducing them to incubators in service to an overheated economy hooked on unsustainable growth. Women and couples should be making family-size decisions free from political and cultural pressure to procreate. As for future children, they have a right to inherit a healthy planet and a shot at living decent lives.

Even in the U.S., where social support programs have traditionally received limited funding, support for unsustainable and inequitable baby-making has begun ratcheting up. Child tax credits, child allowances, paid family leave, and child care subsidies are getting miraculous bipartisan support. The American Rescue Plan (a response to COVID) has been providing $3,000 to $3,600 per child in tax credits annually – through the end of 2021. Efforts are underway to extend it. Senator Mitt Romney this year proposed The Family Security Act, which would also send a monthly check to families for each child.

In defending the proposal, Senator Romney said, “We’re creating an incentive for people to be able to form families and to have children because we’re recognizing that we’re not reproducing ourselves.” In one interview, Romney stated, “Our population is declining pretty substantially. We’re down, I think, 5.8 million people from where we would have been had we maintained the birth rate of the last decade. So, we’ve got some work to do.” Clearly, he is not aware that we’re in overshoot (the scale of the human enterprise – our economy and our population – has outgrown our planet).

Pro-natal public policy emerges in – and helps perpetuate – a pro-natal culture. Emma Green, in The Rebirth of America’s Pro-Natalist Movement (The Atlantic, 2017) wrote, “Ultimately, a shared cultural commitment to the importance of children is the factor that will determine America’s baby-making future.”

While it is concerning that today we live in a pro-natal culture, I’m optimistic because young adults today are transforming that culture. They are choosing to delay childbearing and choosing to have fewer children. They understand a meaningful life does not require motherhood. They recognize that raising a child is a huge commitment, it’s expensive, and it does require sacrificing career and other priorities. And, of course, many appreciate that a full planet doesn’t benefit from a growing human population.

Protecting today’s children from poverty is a noble goal. But encouraging higher birth rates isn’t the way to do that. It guarantees those children will inherit a dead planet. It’s challenging to develop policy that alleviates child poverty but does not incentivize prospective parents to bring more children into the world. I don’t know the answer to that dilemma. But policymakers working on this must have a full understanding of the fact that we’re in overshoot. This means we need to embrace and celebrate dropping birth rates and contracting population, not fight it.